Code-it Robot Wars has been inspired by the the TV program but is not endorsed by it or officially attached in any way.

Code-it Robot Wars is a STEAM project designed for upper KS2 pupils (9-11) to design, build, program and battle their own fighting vehicles. Ours use the cheap Crumble controllers.

Instead of publishing fixed PDF plans I am going to add to this page as we progress through the project. If you have any questions I am @baggiepr on Twitter or leave a comment at the bottom.

Robot Controls
Robots are controlled by fixed wires that come out of the back of the robot and control steering and weapons.

Challenges
At the end of the design process groups will compete in four challenges.
Timed sprint, quickest bot from A to B wins
Timed obstacle course
Best decorated robot
Knock out tournament where robots will progress through either
destroying the opposition or (in judges opinion) inflicting more damage (hits) than its opponent.

Programming
Basic steering is quite simple with motor 1 moving forward until a button is pressed when the motor reverses. Motor 2 is programmed in the same way except a different button triggers reverse movement. Steering is similar to a tank controls where one motor goes forward and the other is reversed. 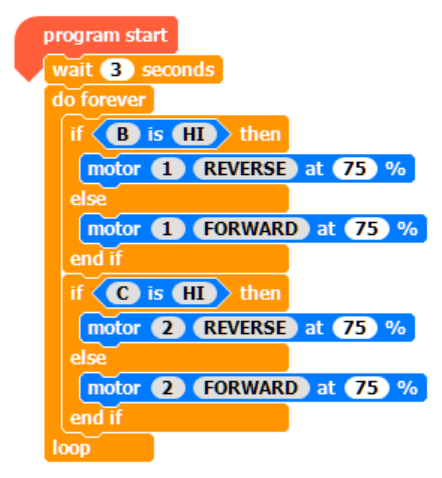 You can also achieve the same thing in this way 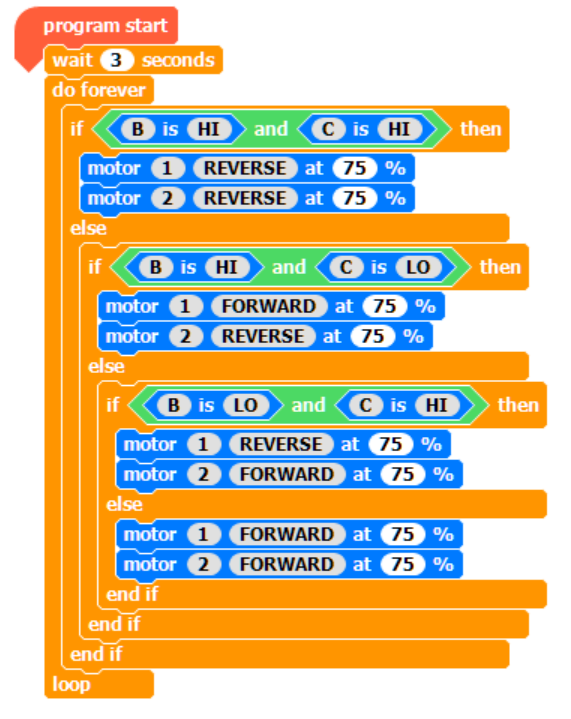 Pupils can work this out for themselves or work from a template depending on their prior programming experience.

Amount of power
The longer the wires going from the buttons to the crumble the more chance of interference. Reducing the power amount can help. In the fixed wheel vs caster wheel video the power was set to 50%.

Fixed axle goes in a straight line better, castor wheel turns better. Which one is best for a battling robot? 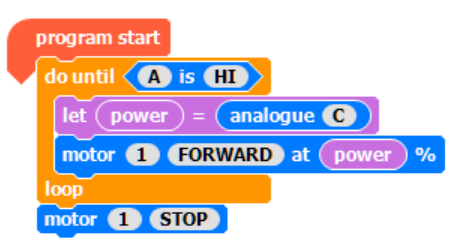 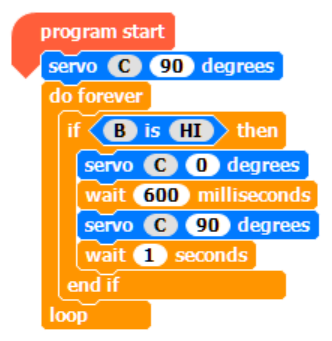 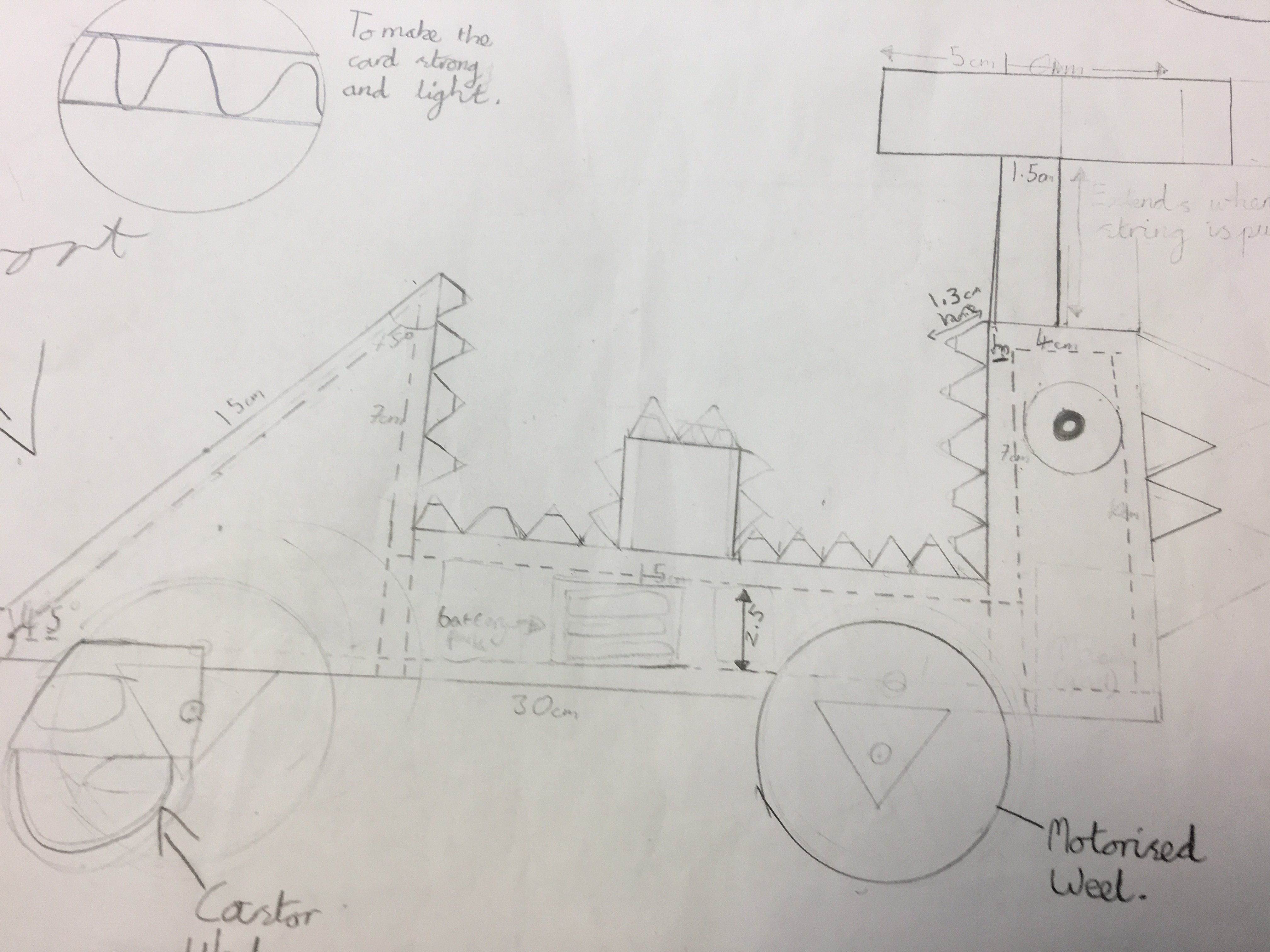 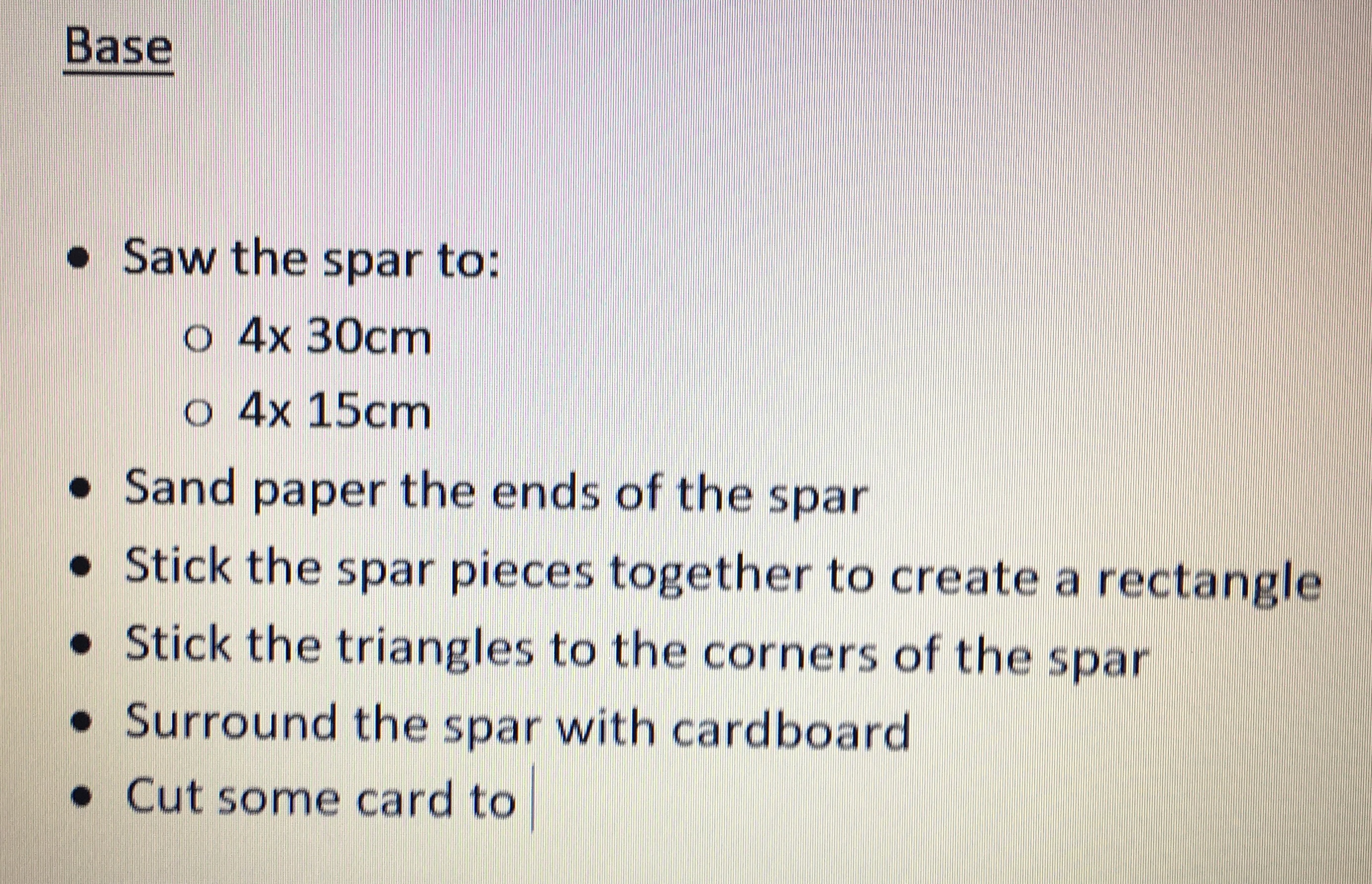 Pupils take plans and work them into a detailed to do list to make the most of build time.

(This project is under construction)