This is a simple follow up activity designed for Year 2 pupils who are learning about expanded noun phrases.

Pupils revise noun phrases they have created in literacy. They revise the structure. They are then shown a Scratch program with a sentence about a camel where the sentence has been ordered vertically. They are shown how this can be started. They are then shown the next sentence about a chicken which has been jumbled up. They must order the expanded noun phrase paper blocks before they can turn their algorithm into code on their computers. 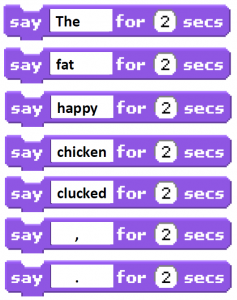 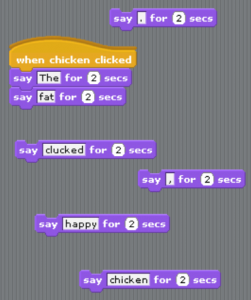